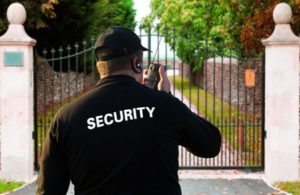 Heading out in public wasn’t always such a risk, but news stories often report new incidences in which ordinary citizens going about their normal activities become injured or killed in public places. While some of these events are strictly bad luck and very unfortunate circumstances, others could have been prevented with stronger security from the public place in question.

Back in November 2015, newspaper headlines were bursting with the news of a shooting at a Planned Parenthood facility in Colorado. A gunman went on a shooting rampage, resulting in three deaths and nine injuries. At the time it was considered a strategic shooting by a man with pro-life sentiments, but a deeper look into the shooter’s background suggested that he was simply a mentally unstable man with no intention of purposefully targeting the Planned Parenthood clinic that fateful day.

Regardless, the wife of one of the men killed and one of the injured victims has launched a lawsuit against Planned Parenthood, alleging that the clinic failed to provide the type of security that should have been in place given Planned Parenthood’s controversial status in society. According to the wrongful death and negligent security lawsuit, Planned Parenthood “provided little or no security such as an armed guard and perimeter fencing, as they do in other clinics. It provided no signs, posters, verbal or any other type of warning describing the risk of physical harm, injury, or death associated with entering [Planned Parenthood] properties.”

This is hardly the first time that Planned Parenthood has experienced attacks. Since 1977, eight clinic workers have lost their lives and about 7,000 incidents involving arson, vandalism, trespassing, and death threats have taken place. But the question is, will a judge rule that Planned Parenthood should have done more for the people in and near its facility to avoid the deaths that occurred last November?